After decades as a top tech guru on network TV and writing for several prestigious technology magazines, Paul Hochman has established himself as one of the most respected journalists specializing in technology coverage. Paul reports from the floor of 2013 International Consumer Electronics Show (CES) in Las Vegas giving a sneak preview of some the hot new technology that will be hitting the market in the future.  Consumer Electronics Show International is where all the newest gadgets and gizmos are first introduced to the public.  Hochman has made a career out of simplifying complex technological issues so that the average consumer can understand.

Hochman is known as the Gear and Technology Editor for the NBC TODAY Show for more than a decade.  He was also the technology and culture reporter for Versus TV and the Tour de France; the host of an online technology talk show on MSN called "Playit4Ward" and has been a longtime technology contributor for CNBC and MSNBC.  His articles in Fast Company Magazine were called a “Must Read” by the New York Times, establishing Paul one of the top tech journalist in the nation.

HOT NEW TRENDS AT THE CES THIS YEAR

Safety is a big trend, with Kia leading the way with new technologies to reducing and attempting to eliminate distracted driving. Kia has developed UVO, a hands-free voice-activated communications system that allows drivers to stay focused on the road and keeps their hands on the wheel.  This second generation UVO Smartphone based system includes Crash Notification Assist, Roadside Assist, Automatic Diagnostics, e-Services Guide, Trip info, curfew limits, speed alerts and more with a Smartphone app that talks to you. It's debuting in the 2013 Kia Sorento. 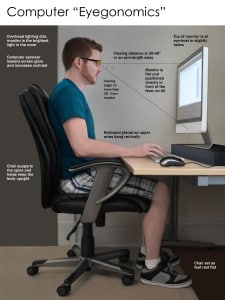 Again, safety is key.  The Vision Council says that Americans' reliance on consumer electronics is resulting in greater experiences of digital eye strain a serious but temporary health issue. Prolonged device use can cause strenuous aches and pains in the eyes, neck, head and back. Spending just two hours in front of a computer, smartphone, tablet or gaming systems can cause digital eye strain, and nearly 70 percent of Americans report experiencing some form of discomfort while using electronics.

Computer eyewear is one solution and is designed to reduce glare from various digital devices like computers and tablets. Specific lenses and coatings work to enhance screen contrast and visibility. This technology helps to relax eye muscles and also blocks blue light from moving surrounding objects in and out of focus.  Computer eyewear can be purchased at most eye care retailers and is available in prescription and nonprescription.

Lorie Marrero Provides Tips for Getting Organized on TipsOnTV

You may have missed

Lorie Marrero Provides Tips for Getting Organized on TipsOnTV